Mobile threats arenât going away. Intercept X for Mobile has you covered.

Weâre delighted that the strength of our protection has once again been validated by independent test organization AV-TEST.

In the latest round of testing, Sophos Intercept X for Mobile achieved top scores in malware protection, while demonstrating negligible overhead on system resources. AV-TESTâs studies use recently identified malware to measure the effectiveness of security products against emerging threats.

Mobile attacks are on the rise

There is no doubt that mobile devices continue to be a prime target for hackers, malware authors, and attackers. Android and iOS devices often store large amounts of sensitive data, especially within emails and attached as files, and have access to corporate resources and applications.

A particularly menacing mobile attack we have seen recently: attackers using social engineering to take advantage of the COVID-19 pandemic to prey on the vulnerable and unsuspecting through fake contact tracing apps. 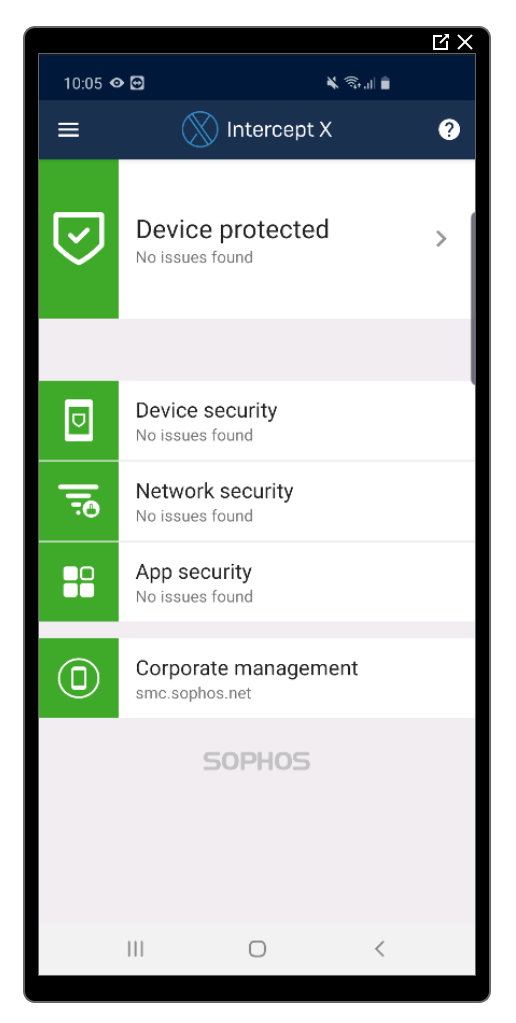 When SophosLabs took a closer look, these fake apps turn out to be malware packed with various malicious capabilities, including access to messages and phone calls, and the ability to steal credentials.

Another recent threat involves legitimate apps being modified to include Trojanized content. The apps have been modified to perform all levels of device surveillance before exfiltrating user data to command and control servers.

In addition to app-level threats, mobile devices can also be targeted through other routes, such as phishing sites, Wi-Fi traffic interception, and operating system vulnerabilities.

Get the most out of your mobile protection

Ongoing mobile threats such as these makes it even more important to secure devices and the data on them. Sophosâ Mobile Threat Defense (MTD) solution, Intercept X for Mobile, lets customers protect Android, iOS, and Chrome OS devices against a range of attacks, including malware, phishing, and Wi-Fi interception.

The solution also integrates with a broad range of a third-party MDM/UEM platforms, including Microsoft Intune, offering customers the flexibility to protect devices within their existing security infrastructure.